Now I know - don't monkey with the font size. But I have done that before without trouble.

Hang in there everyone. Help is on the way. Don't strain your eyes reading that small print.

Mom, my sisters, and I have quoted a sentence out of this book for most of our lives.
We must have heard this book being read to us so many times we memorized it.
Pepper decided to start a small animal hospital and collected needy animals to care
for. The sentence we quoted is, "Clear the way! Sick duck with a cold!"

More recently, after saying that I'd think, "I wonder where I could find that book?"
One day I asked Krysta to help me look it up. To start out I thought the phrase was,
"Make way, sick duck with a cold!" Typing that line brought up the book
Make Way for Ducklings by Robert McCloskey

"That's not it!" I was frustrated.

"What's the book about?" Krysta asked.

I had to put on my thinking cap. "It seems like there was a little girl that pretended
to be a nurse. She found a duck and rushed off to her house with it."

Krysta typed an abbreviated version of those memories and this image popped up.
"There it is! Oh, her name is Pepper! I forgot that part of the story!" 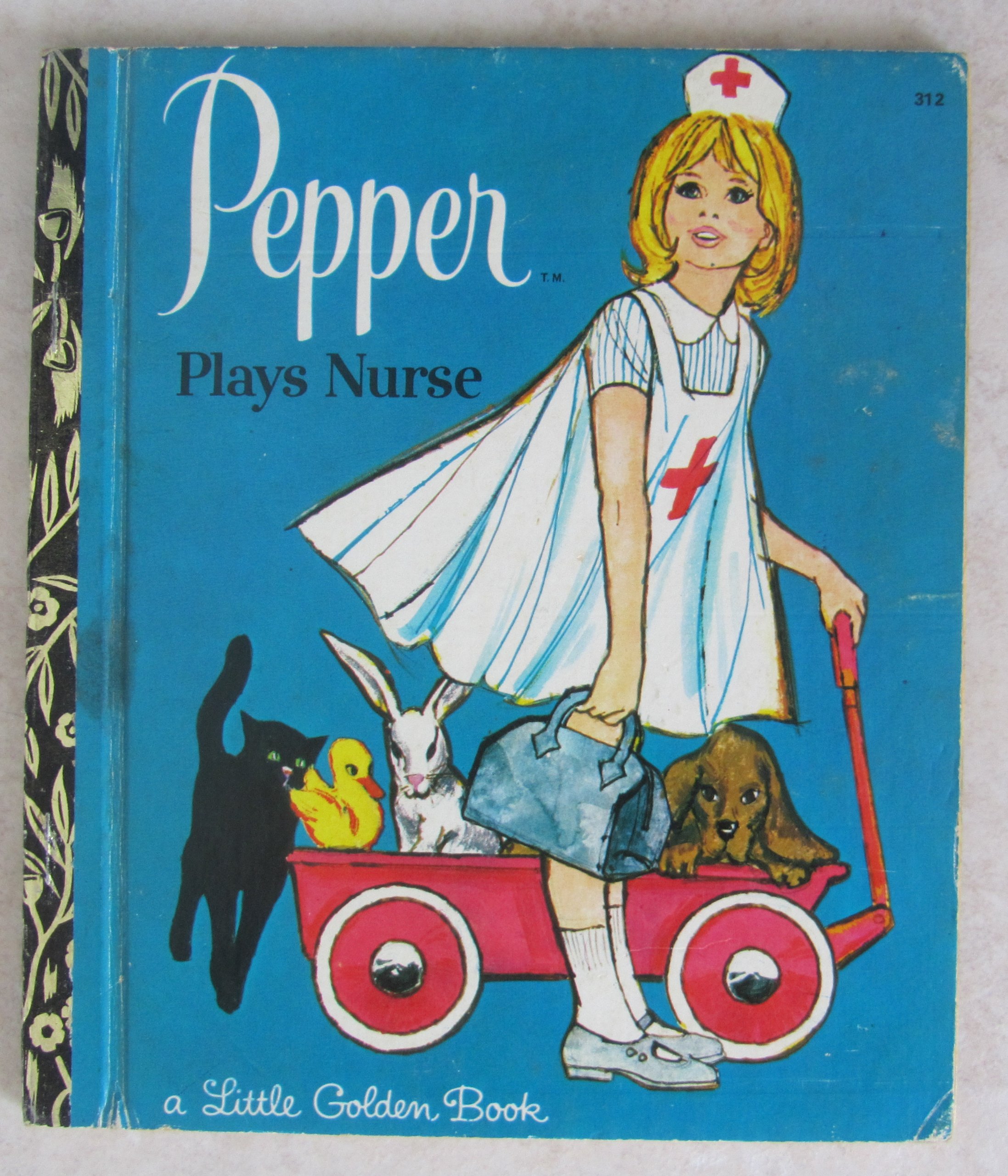 
Maybe having this book read to me made me think I would be a nurse some day.


It never occurred to me that I could be a vet and take care of animals.


be one, too. Later on I found out I love to read books about nurses, but I don't want to be one.


There was Aunt Hellen, who lived in Baudette during my growing up years.


Mom stayed with her when she had pneumonia and Trenda was in the hospital with pneumonia.


There was Aunt Luella, married to Uncle Joe. Great Grandpa Jake lived at their house.


(in their imaginations) by "riding" around in the old cars behind the house.


She wrote short essays that were published in the local newspaper. Later, those essays were


published in a book, North of Nowhere.


Aunt Lenore lived in Chicago. She and Uncle Slim would come to Minnesota to visit


Grandpa and Grandma Skrivseth. They would have all of us in stitches.


So many hilarious, deep belly laughs. This must have been a great stress reliever for everyone.


(That's what they say now anyway. Relieve stress. Laugh with your family.)

I didn't know Aunt Marge. She lived far away in California. I don't know if I ever met her.

All of these gals are my Great-Aunts, Grandpa Ben's sisters.

My dad has six sisters. Strangely enough my sisters and I didn't attach 'aunt' to their names.

They were simply Norma, Sharon, Carol, Jo Ellen, Rhoda and Leah to us. Leah is only three

years older than me and always seemed like an older sister, not an aunt.

My brother, Hans, is a nurse.

Now I am grown up and an aunt myself. Some of my nieces and nephews are grown up and are having their own families which means - scary thought - I am a Great Aunt.


When I was little I always thought my great aunts were incredibly old. There is probably no longer any danger that I will be a nurse some day. I would rather read books out loud to small children. It's fun for me to recommend books to someone who says, "I can't find anything to read."

Maybe I should volunteer at the library some day.

Posted by Dawn Harshbarger at 5:50 PM No comments: